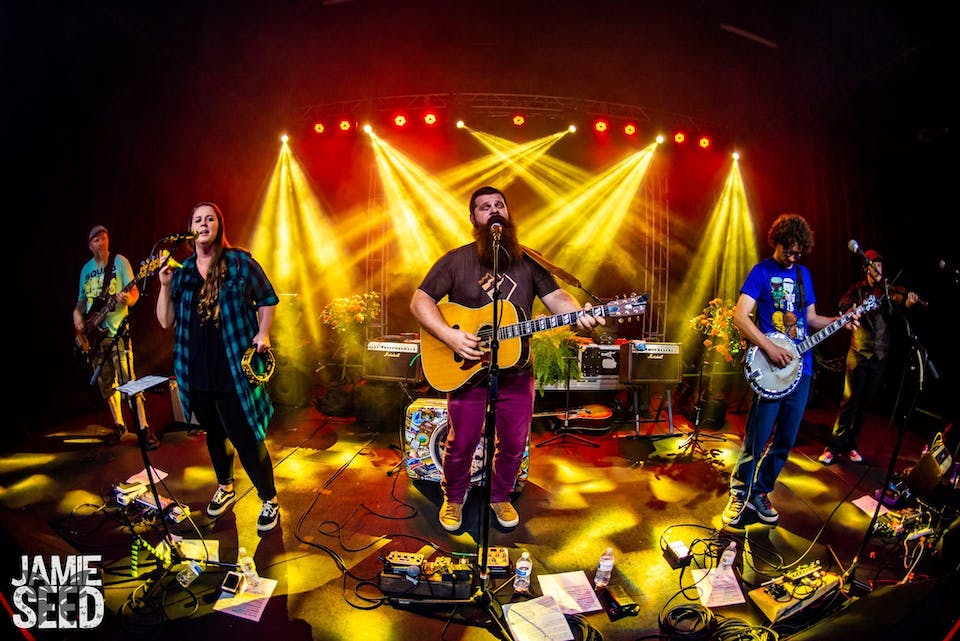 National Park Radio is a modern-folk/Americana band from the Ozarks, echoing fresh but familiar sounds of The Avett Brothers and The Lumineers. Releasing a self-produced EP in early 2013, 2016 brought their debut full-length album "The Great Divide". In early 2017, they started work on a new full-length album, "Old Forests", which released worldwide on May 30th, 2017. Husband and wife duo Stefan & Kerrie Szabo form the core of the band, bringing beautiful harmonies and a unique sense of family to the music.