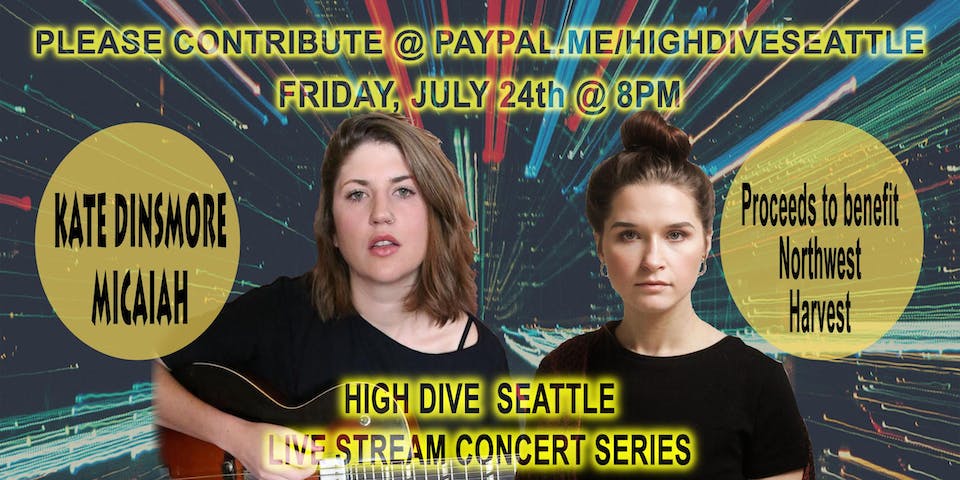 YOUR CONTRIBUTION to this live stream concert benefits Northwest Harvest https://www.northwestharvest.org/ and helps the venue to continue producing live stream events during this industry-wide shutdown.

OR contribute ANY TIME via PayPal HERE: https://www.paypal.me/highdiveseattle (Be sure to leave a note that you are contributing to KATE DINSMORE & MICAIAH!) 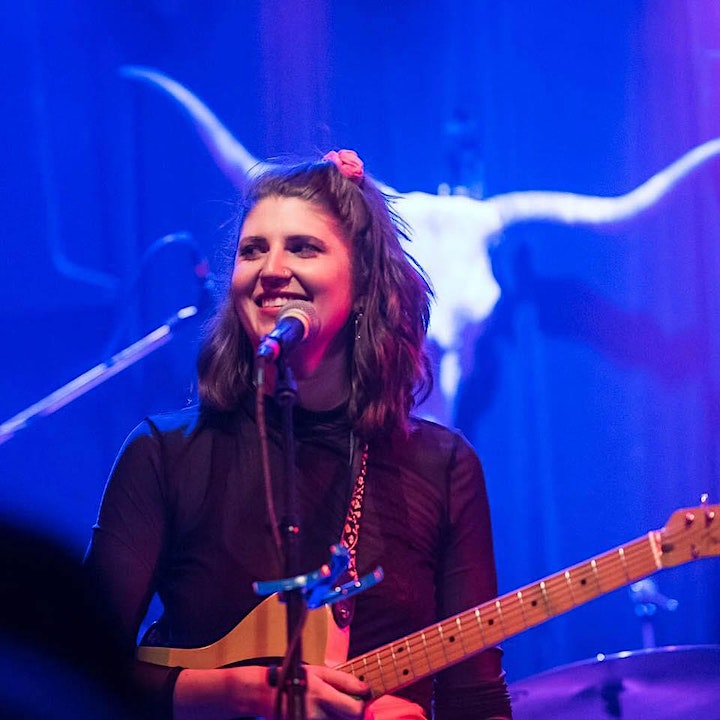 Kate Dinsmore has an agenda. With a voice that’s graced cruise ships and rock albums alike. Her eternal prerogative is to get down to the heart of matters as a writer, and performer. This PNW native has spent her career building bands all over the United States before stepping out as a solo artist.

In 2020 Dinsmore is working on a series of new releases, ranging from stripped down solo performances to singles. Her most contemporary work is full of longing and hope in a modern world. Kate blands classic guitar tones, vocals, and songwriting with the weight of moving through city life in a changing world.

With academic music chops from the University of Oklahoma, where she focused on Jazz and Songwriting, but Kate never lets the minutia of academia get in the way of finding joy in music. Largely influenced by Jazz vocalists like Sarah Vaughn, and Nancy Wilson, as well as Grace Potter, Bonnie Raitt, and Sam Cooke -- Kate’s music is altogether modern and classic. 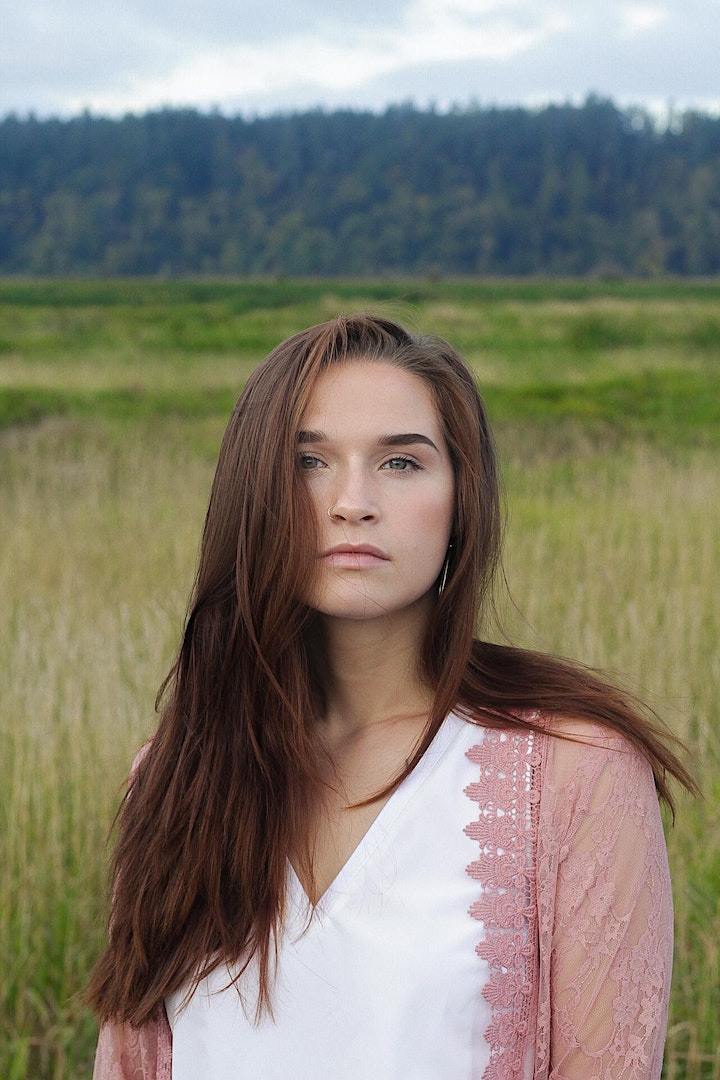 Micaiah Sawyer hummed her first notes to the melody of Ode To Joy at sixteen months old, wrote her first song at 10, and hasn't stopped making music since.

She has been recognized by and has worked with many prestigious musicians such as Grammy award winning bassist Garey Shelton and Drummer Ben Smith of Heart. In 2009, Micaiah won the opportunity to record with drummer and producer Ken Mary, of Alice Cooper fame. This was her first endeavor into the professional music industry, and it solidified her passion to pursue music as her career.

As a senior in high school, Micaiah received a full scholarship to attend The Grammy Foundations, prestigious “Grammy Camp”, a selective music intensive held in LA. She sharpened her skills as a songwriter under the mentorship of Chris Sampson of the USC Thornton School of Music. There she collaborated with other aspiring musicians and was mentored by many professional musicians, including award-winning artists Tori Kelly and Colbie Caillat.

In March of 2018, Micaiah became the first female solo artist to win SoundOff!, a battle of the bands competition hosted by Seattle's Museum Of Pop Culture and KEXP 90.3 FM, garnering her opportunities to play at major Pacific NorthWest festivals such as Bumbershoot, Upstream, and NWFolkLife. Her latest EP, Dangerous Joy, is available now across all streaming outlets.

Micaiah lives in Olympia, Washington, where she performs as a solo artist and with her five piece band. She continues to work writing, creating, publishing and recording her catchy blend of Americana, Blues Folk, and Rock in the hopes of inspiring others through her music.