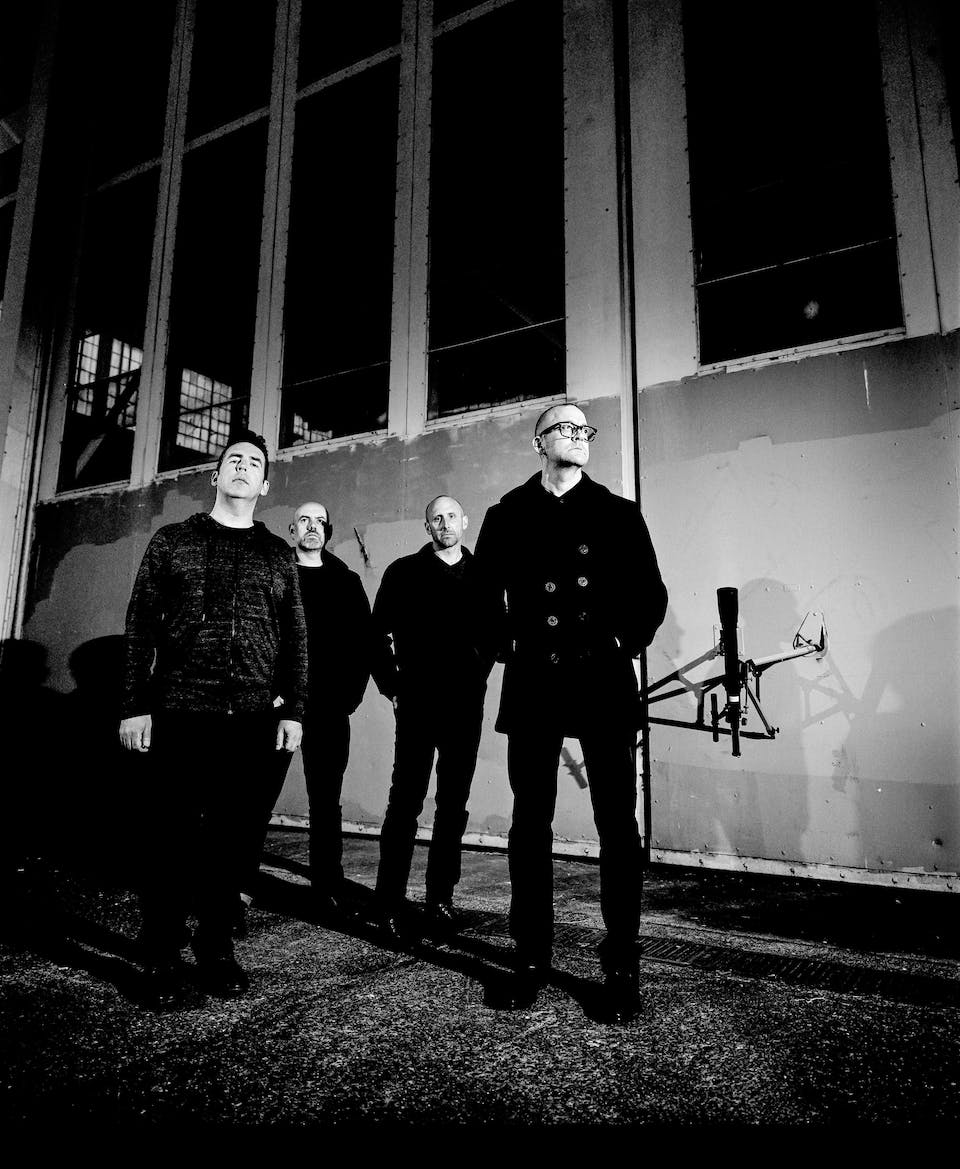 OR contribute ANY TIME via PayPal HERE: https://www.paypal.me/highdiveseattle (Please leave a note that you are donating to JUPE JUPE!)

Jupe Jupe creates a dark and danceable soundscape: vocals croon over pulsing beats as guitars and sax cut across panoramic washes of synth.

The band serves up a noir cocktail of new music with its new EP, Nightfall—five hook-laden songs about yearning that are simultaneously upbeat and melancholy. The group spent over a year meticulously crafting each tune on Nightfall—including adding a vital new saxophone element to its sound— before teaming up with producer Matt Bayles at Studio Litho in Seattle, Washington.

A former member of Minus the Bear, Bayles has produced and mixed a number of seminal albums by Botch, Mastodon, Murder City Devils, He Whose Ox Is Gored, The Blood Brothers, and many more. He also produced and engineered the previous Jupe Jupe album, 2017’s Lonely Creatures.

Since forming in 2010, the Seattle quartet has brought its unique style to four other original releases—Invaders, Reduction in Drag, Crooked Kisses, and Lonely Creatures—creating infectious tracks influenced by post-punk, synth-pop, and haunting Americana. The group also joined forces with a variety of renowned artists and producers for its remix album, Cut Up Kisses (featuring Lusine, Rick G. Nelson of The Afghan Whigs, Mike Simonetti, Erik Blood, and others).

Jupe Jupe is made up of My Young on vocals and synths; Bryan Manzo on guitar, bass, and saxophone; Patrick Partington on guitar; and Jarrod Arbini on drums and percussion. The four members are veterans of the Seattle and Austin music scenes.