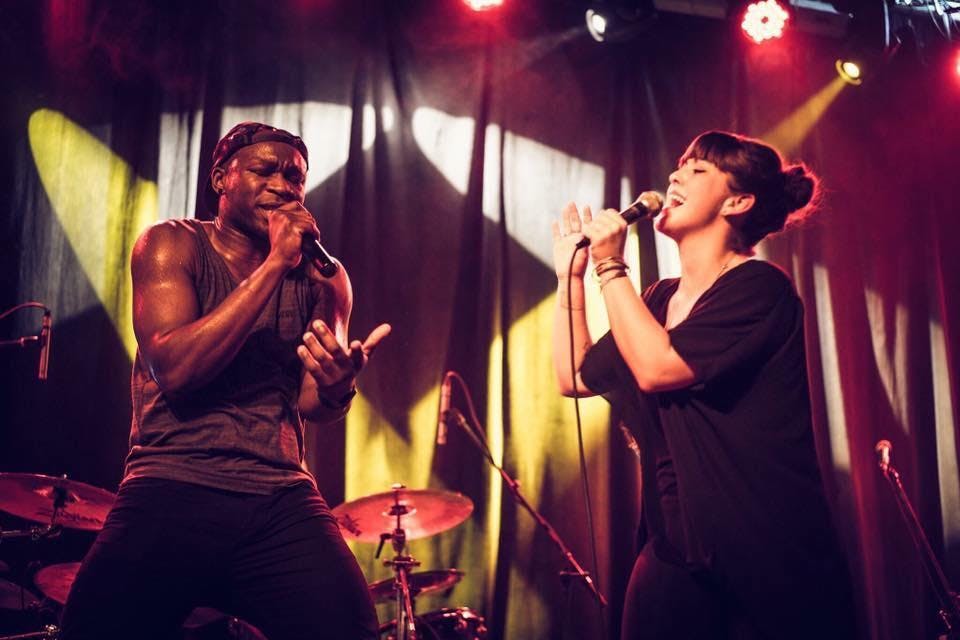 We are happy to be teaming up with Be:Seattle for this event!

Please help support this amazing local non-profit by bringing clothing donations for the homeless. Team members from Be:Seattle will be present at the show to take donations.

Ayo Dot & The Uppercuts are an electrifying, high energy, alternative hip-hop band out of Seattle, Washington. Delivering soul-wrenching riffs and heavy bass lines with catchy choruses, A.D.U.C. draws its audience in with amorous performances every time they hit the stage. Their original material, laced with their takes on some of your favorite songs, puts them in a stratosphere far removed from your everyday hip-hop band. Ayo Dot & The Uppercuts hit the scene in 2012 and have been featured at Upstream Music Festival, Bite of Seattle, Folklife, and stages all across the Pacific Northwest. You'll be hard-pressed not to bob your head to the sounds emanating from this ever-dynamic crew, featuring Jeff McNamara on drums, Jordan Haas on guitar, Jake Amster on bass guitar, with Whitney Killian and Ayo Dot on vocals.

Growing up in a house full of instruments, Dallas (Drums) and Shaun (Guitar/Bass) were always around music. Together, the twins produce a tight knit alternative rock sound, influenced by the Red Hot Chili Peppers. Coming from a poetry background, Jonah (Vocals) shares his experiences through reflective songwriting with an emphasis on values and ethics. He is inspired by lyrical heavyweights Lauryn Hill and J Cole. Collectively, the three musicians are INVICTVS, a live band based in Seattle, Washington.

When Joe Black and DJ Bebop merged their talent in 2012, a most magnificent music baby was born- Imaginary Friends!. This baby’s genes are comprised by nothing less than the finest forms of lyrical excellence, hip-swingin’ beats, and a stage presence unmatched by the greatest in the ‘biz. This miracle child has sprinkled its gift countless times over numerous venues throughout the Greater Seattle Area. This baby is a-growin’ and since you can’t stop mother nature, you might as well subscribe to stay up to date on the little cherub’s milestones – trust me, you won’t want to miss these firsts.